A couple of months ago I was asked the following question during an interview (for propriatary concerns I’m not gonna disclose the industry or name of the company): \(\newcommand{R}{\mathbb{R}} \newcommand{E}{\text{E}} \newcommand{bs}{\mathbf} \newcommand{N}{\mathbb{N}}\)

It’s an interesting question and also a totally novel one to me at that time. How do we define a “uniformly” chosen subspace and its corresponding projection? What are the possible intuitions in this simple piece of question? Despite the busy schoolwork and student projects, these thoughts persist in my mind and drive me digging this question from time to time. Curiosity has been aroused and an appetite is meant to be satisfied.

In order to solve this problem, we need to fully understand what’s been asked. So now we’ve got two non-negative integers \(k<n\) and two spaces, namely \(\R^n\) and \(\R^k\). We know \(\R^k\) is somehow randomly selected as a subspace of \(\R^n\) and this randomness is uniform. For each of such selection, we can make an orthogonal projection of the given point1 \(\bs{v}\) onto \(\R^k\). Note here the projection is defined from \(\R^n\) to \(\R^n\), which means we’re not interested in the projected value on \(\R^k\) but the projection itself. In other words, we’re focusing on the projected vector’s behavior in the same space as \(\bs{v}\) here. 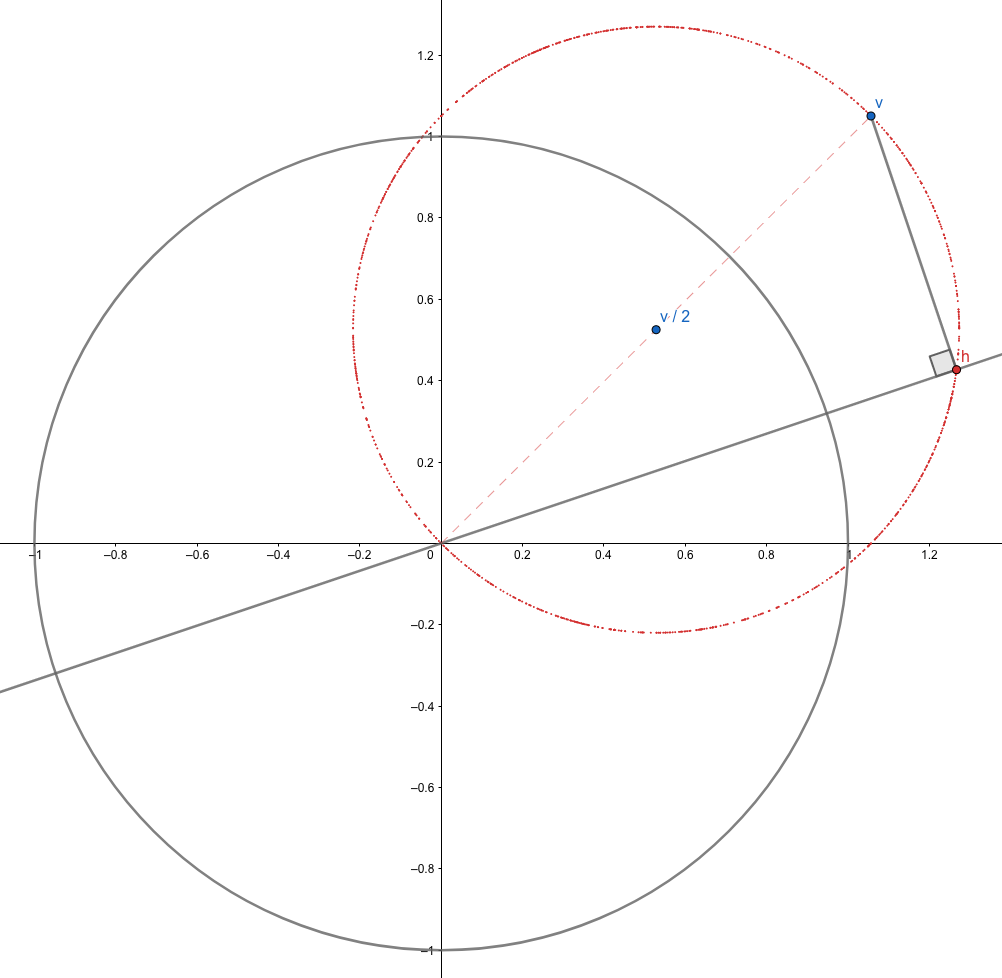 While it gets geometrically difficult to imagine, not to mention to draw, the case of larger \(n\) and \(k\), this example has given us a pretty nice guess:

Can we prove it in higher dimensions and general cases?

where we define the random matrix \(\bs{D}\) to be a diagonal matrix with \(k\) ones and \((n-k)\) zeros on its diagonal. The diagonal entries are not independent, but the expectation of each entry would be the same, namely \(k/n\). The expectation of the projection, therefore, is

and thus we may finally conclude

which exactly coincides with our previous guess.Q.E.D.