I wrote a poker game. This is a simple Texas Hold ‘em game running on Mac OS. All scripts are written in pure Python. The main GUI is written using the Python module PySimpleGUI, and hand evaluation is done by refering to a hand value table pre-calculated together with Monte Carlo simulation. See here for detailed explanation of hand evaluation. Together with the GUI version, I also include here a primitive commmandline version with ColorPrint support, which you may download and include from this repo. The two versions are supposed to work identically.

(I actually spent some time designing the logo.)

You don’t need any Python or module dependencies installed on your Mac in order to just play the game. The app itself is standalone with everything packed inside it already. There’re just two steps: 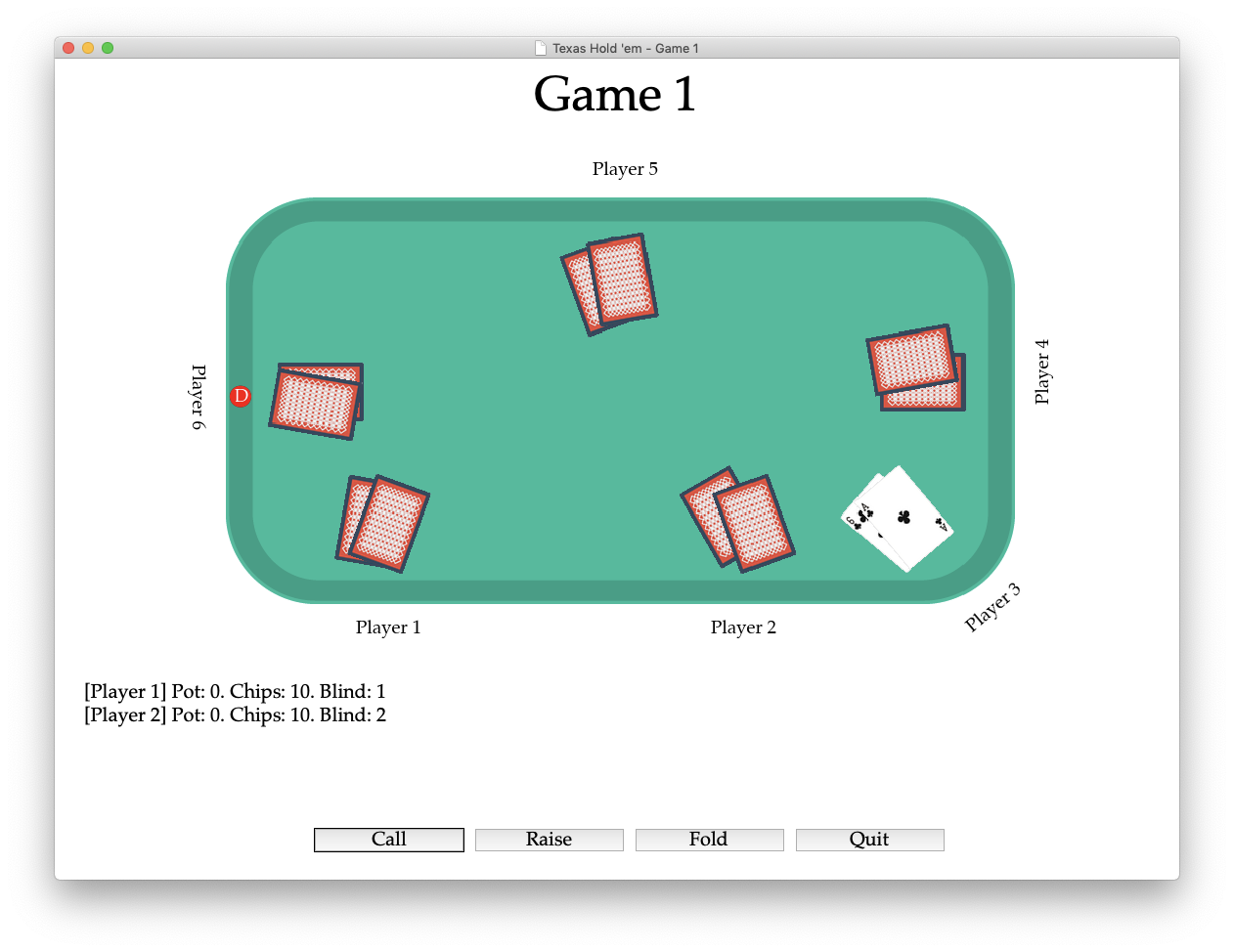 Or rather, if you’d like to pack it yourself:

There’re several things to work on in plan:

Here are some bugs I’m trying to fix:

I appreciate suggestions and encourage from anyone throughout the development (which may still continue for a long time, considering the considerable time I spent just on writing this primitive game). Special thanks to my friends who ever tried to play the game and found bugs starting from the commmandline version. Also, credit for MikeTheWatchGuy who wrote the PySimpleGUI module and helped me fix several bugs. Also, credit to Freepik from www.flaticon.com, who made this fantastic icon. Finally, I wanna give credit to myself for the nights I stayed up after lectures. There is nothing more fulfilling than realizing an impulse right away.